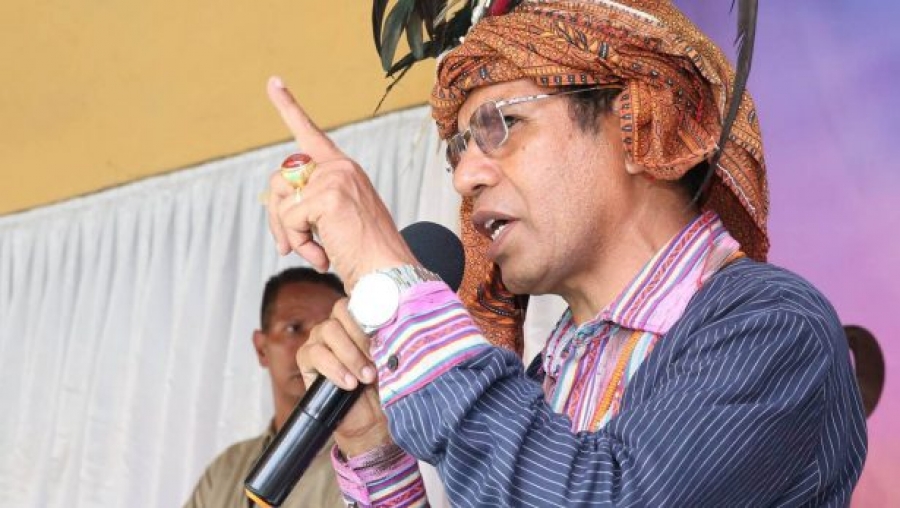 Taur will not Promulgate the Land s’ Law Featured

OEKUSI:  The President of the Republic Taur Matan Ruak  on Sunday (12/02) in Oekusi said that the law of land had been approved by National Parliament on Monday(6/2) last week ago, I still put on my table because this is will not be benefit  to the people is willingness.

“The Land‘s law I still put on my table because this law is not following the population is life,’’ he said.

He gives an example about the article 77 calls to give the deeply explanation for all people to understand and don’t move the people to the mountain because they have no land.

“ the importance from this law must be benefit to the small people that before suffer to this land not be benefit more the big company or for those people who never fight for this land,’’ he Eladio said.

He also calls to the government to respect the people‘s right so when the government need the population‘s land for national development must do an approaching not by forcing.

In Spite Virgilio Hornai from Democratic Party says that, the land is as the social problem  and can resulted victims when disputes each other is land, hope that from this approval can contribute the Socio Economic is development and will give the trust to private sector to do investment.

“This law has the natural substantial that accumulated the rights from the part of equality because Man and women has the right for land,’’ he said.

In the same place Arao Noe From CNRT party says that, in this law is valid for all population is land but when the government need to utilize the people‘s land for investment must pay the indemnification because its written by the constitution of  Republic Democratic of Timor Leste.

“In the future when state need the land for the national development must have the fair indemnification,’’ he said

Arao says this law will bring the social justice and no one is loss from this law, because from this will solve the problem from Portugues, Indonesia and 1999’s situation, and will pay attention carefully and then will give the Certificate of land owner mentioned.

Read 1035 times Last modified on Wednesday, 15 February 2017 11:46
Rate this item
(0 votes)
More in this category: « Timor Leste Electricity are difficult to detect illegal net because there is no Mapping Timor-Leste Electricity Company Unable to Cope with Demand »