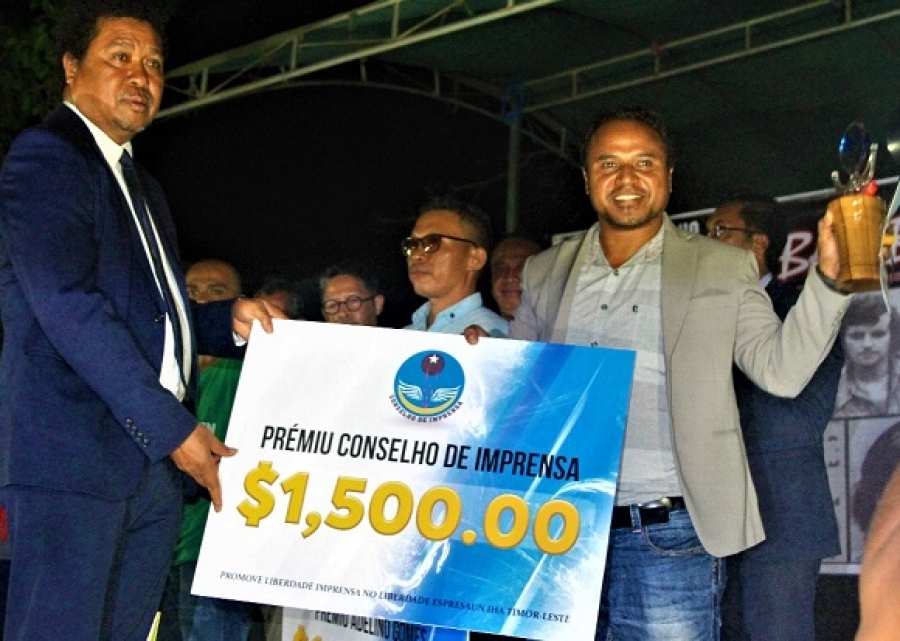 BALIBO: Journal of Independente has been awarded the media-outlet of the year in the National Press Council’s 2019 awards contest.

Commenting on the decision, Rigoberto Monteiro, the Executive Director of Timor-Leste’s Press Council said the Independente took out the award because of the quality of its stories and “strict adherence to the journalism code of ethics compared to other major media.”

Virgilio Da Silva Guterres, the President of National Press Council, said although Journal Independente was one of the smaller media outlets in the country, its commitment to “writing balanced news and  obeying the Journalism Code of Ethics” gave it an edge over other media outlets.

Amaral said he promised to continue motivating his journalists to improve the quality of their work.

Introduced in 2017, the Press Council Awards recognise the critical role media plays  in access to information and freedom of speech.

The award comes with prize money of $1500 and trophy.