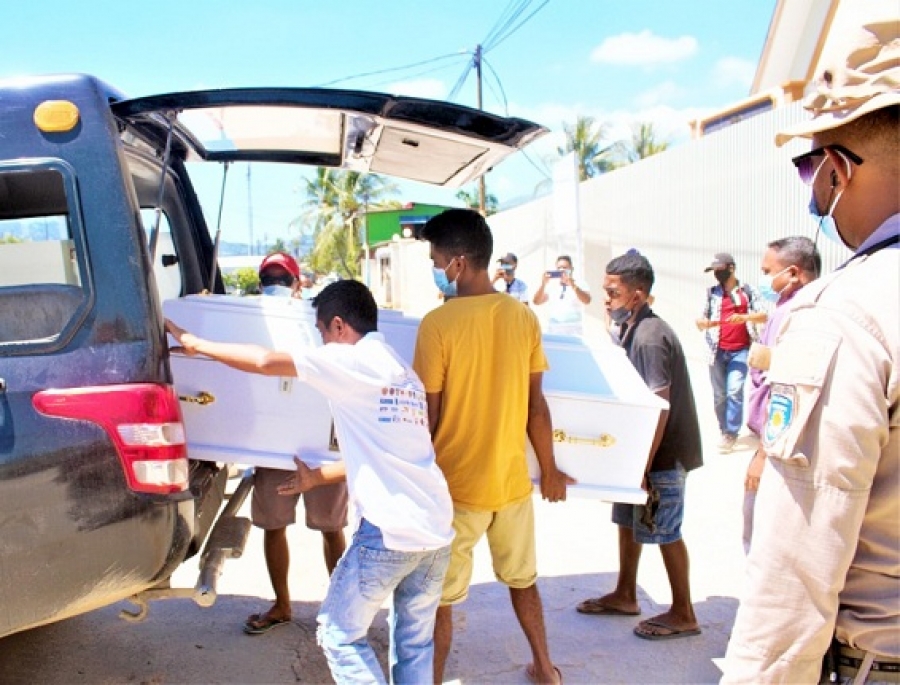 DILI: Timor-Leste confirmed its third death from COVID-19, the government announced Thursday, adding that the 61 year-old victim had various comorbidities.

Joao said his mother had suffered a lung disease for two years, and did not believe her death was caused exclusively by COVID-19.

The increase in deaths in Timor-Leste has pitted proponents of strict COVID-19 protocol burying in Dili against customary burial proceedings .

Joao said the Integrated Crisis Management Centre had agreed to hand over his mother’s body to the family on Friday morning to carry out cultural traditions. The body will then be buried at Becusi public cemetery in Dili.

Health officials remain concerned that the virus continues to spread across Timor-Leste and have called for an extension of the countries’ thirteenth state of emergency past May 2.

As of Thursday, Timor-Leste has reported 1452 COVID-19 cases, with 731 recoveries and three deaths.

Read 144 times
Rate this item
(0 votes)
More in this category: « Climate Change Worsening Timor-Leste’s Floods: Agency Horta Urges Government to Include Xanana and the Church in COVID-19 Prevention Work »
back to top