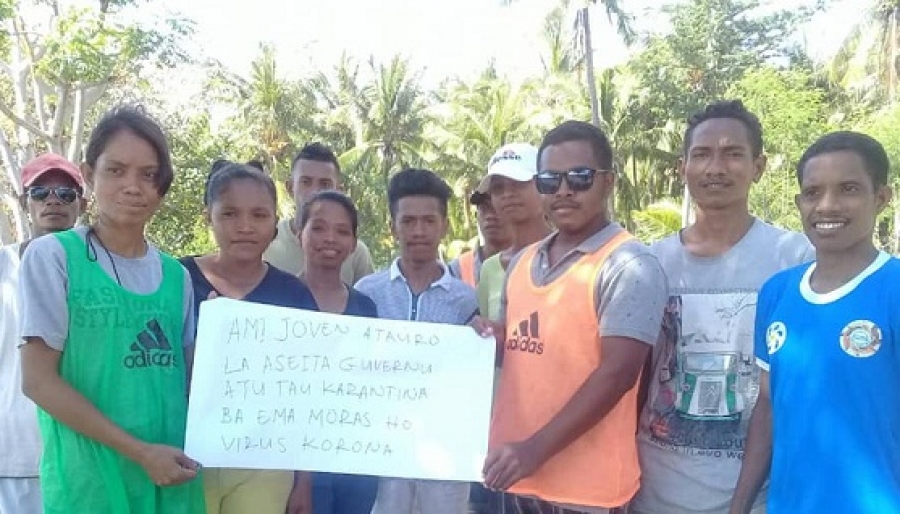 DILI:The District Head of Atauro has rejected the Ministry of Health’s quarantine plan for coronavirus, warning that using Atauro to isolate suspected cases could damage the island’s popular tourist draw.

The isolation plan, which has not been confirmed, was rejected outright by Mateus Belo.

Belo warned the move could “frighten” tourists away from Atauro, destroying the island’s tourist-based economy that islanders rely on for their livelihood

So far no cases of coronavirus have been reported in Timor-Leste though a number of people have been isolated and tested for it.

Belo’s warnings comes amid accusations and bullying of Chinese-Timorese being reported in Timor-Leste, sparked by unfounded fears that they are somehow linked to the virus that originated in China.

With a large Chinese-Timorese population, authorities are trying hard to get ahead of such discrimination before it spreads.

“There are many rumours,” Ministry of Health Director Odete Viegas Silva said. She urged people to stick to fact and not follow conspiracy on social media.

Existing prejudice against Chinese have combined with social media images to create fears that Chinese-Timorese are more likely to be virus carriers.

Last week, reports of the death of a Chinese-Timorese in Vemase and a man fainting in Timor-Plaza, triggered alarm on social media of coronavirus entering the country.

The public response and discrimination was unfounded, said Silva, with many Chinese-Timorese never travelling to China.