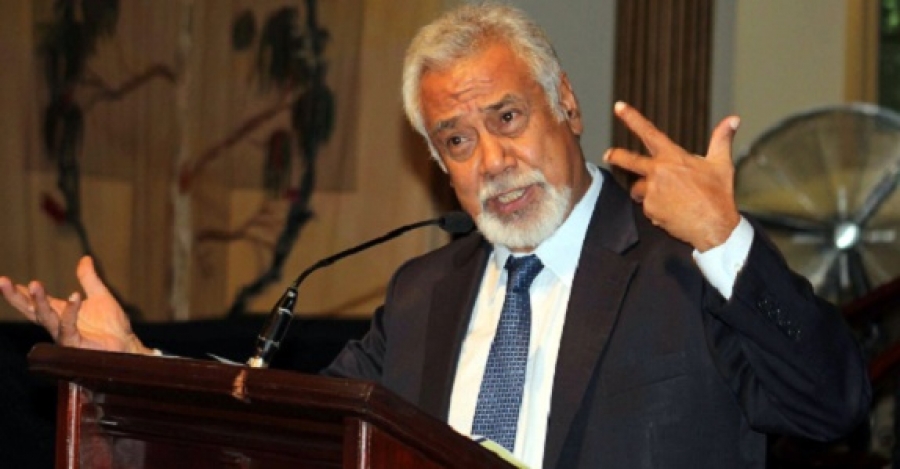 DILI: Xanana Gusmão has said that Timor-Leste would be selling gas by 2026, in a reference to the government’s bold plan to create an onshore gas-processing industry.

In a speech to students at Universidade da Paz (UNPA), the chief negotiator for maritime boundaries and Greater Sunrise oil and gas fields went on to say that a pipeline from the Sunrise Gas field to Suai would be complete by 2025 and that it and a new LNG plant at Becao would be operating commercially 12 months after.

“Timor-Leste will get money,” he said.

As the government’s multi-billion dollar plan to develop a domestic oil and gas industry continues to cause waves, Xanana again spoke of “prosperous” future for Timorese people under the vision.

Gusmão has said development of Greater Sunrise would provide enough revenue to Timor-Leste to prevent the country’s Petroleum Fund from being drained in about ten years as forecast.

He has also insisted the plan would develop downstream benefits of jobs and the creation of a new industry for Timor-Leste.

The government and commentators have been asked to better detail risk associated with Greater Sunrise plan.

La’o Hamutuk, a Dili-based think-tank, has said: “Timor-Leste’s Petroleum Fund could be empty by 2027 even if the State does not spend or invest in the Sunrise project.”

In a lengthy blog, “misinformation and factors and facts about the Greater Sunrise project’ published 6 March, the organisation warned:  “If everything goes as planned, proponents of the Sunrise project expect production to start toward the end of 2026.”

“However, the experience of Bayu-Undan and other projects is that significant revenue does not come in until about two years after production begins, because production ramps up slowly and capital investors must be repaid first.”

“Even if Sunrise goes perfectly, Timor-Leste will probably face several years of austerity – not having enough money to pay for basic services – unless the economy is rapidly diversified into non-oil sectors.”

Timor-Leste’s energy sector accounted for around 60 percent of GDP in 2014 and more than 90 percent of government revenue.

The agreement for Shell’s 26.56 percent stake and ConocoPhillips’ 30 percent stake in the project will allow Timor-Leste to push for development of the field.

The site, which was discovered in 1974, sits between the maritime border between Timor-Leste and Australia and disputes between the two countries over the border has delayed development.

Energy companies have resisted gas processing in Timor-Leste, with Woodside saying it could be uneconomic.

The exit of ConocoPhillips, which owns the Darwin gas-processing plant, where gas was originally proposed to go, changes the equation, people familiar with the deal said.

La’o Hamutuk has warned that buying an interest in Sunrise Gas Project was not akin to buying shares of a company’s stock, “which can easily be resold and don’t involve obligations.”

“The world contains many prospective petroleum projects which are likely to be more profitable than Greater Sunrise, and experienced, legitimate companies may choose to invest elsewhere unless special incentives are offered to buy into the Sunrise project,” it said.