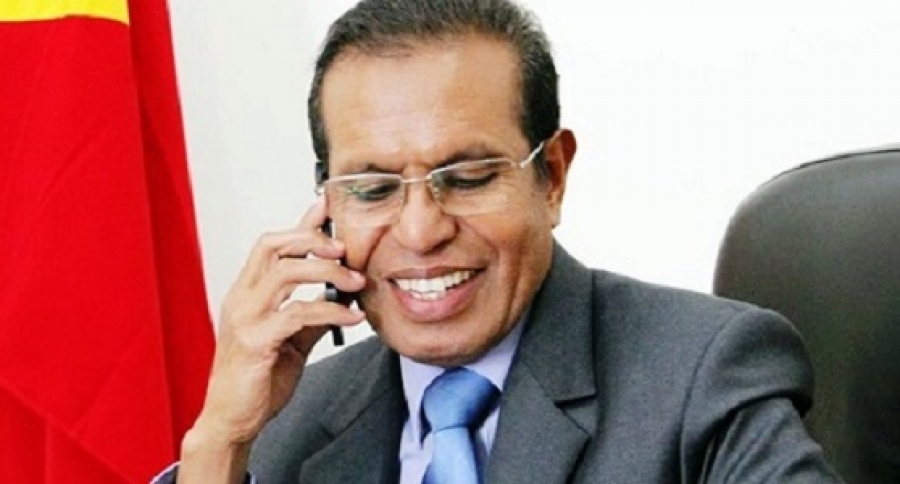 DILI: Taur Matan Ruak has suggested a deadline of April to finalise his Ministerial cabinet but is yet to determine how it will be achieved, in comments on Friday.

Speaking after a meeting with the President of the Republic Francisco Lu Olo Guterres, the Prime Minister said he and the President were still looking for a solution to finalising nine outstanding members of government.

Ruak said he was optimistic the cabinet would be completed in the next month.

"We always discuss this issue but for now there is no solution. But we believe that sooner or later there will be a solution and I think in the month we will finish, and in the near future they will be appointed by the President of the Republic to become a member of the government,” Ruak told media.

The government’s ministerial cabinet has been incomplete since June 2018 when Guterres rejected over a dozen nominations because of their alleged involvement in corruption investigations.

The National Congress for Timorese Reconstruction party (CNRT) has stood firm on the party’s nominated members for government positions, declaring them innocent until proven guilty.

Daniel do Carmo, the Director of Timor-Leste’s Forum for Non-Governmental Organisations of Timor-Leste (FONGTIL), responded that a solution to the incomplete government structure should involve dialogue between all leaders in the Alliance for Change and Progress (AMP) coalition government.

"Our Prime Minister must have the courage to make a decision,” he said.  “Substitute them or not is the competency of the Prime Minister.”

Carmo said he “strongly agreed” with the President’s stance to refuse people into government with alleged connections to graft. He also called for the nine CNRT candidates to resign.

Currently four government Ministries are without leadership. This includes; Ministry of Tourism, Ministry of Commercial and Industrial Environment, Ministry in the State, Ministry of Petroleum and Natural Resources.

Read 1337 times
Rate this item
(0 votes)
More in this category: « Fretilin Likely to Appeal High Court’s Ruling on Petroleum Fund Use More Timorese People than Ever Working Overseas to Support Families »
back to top