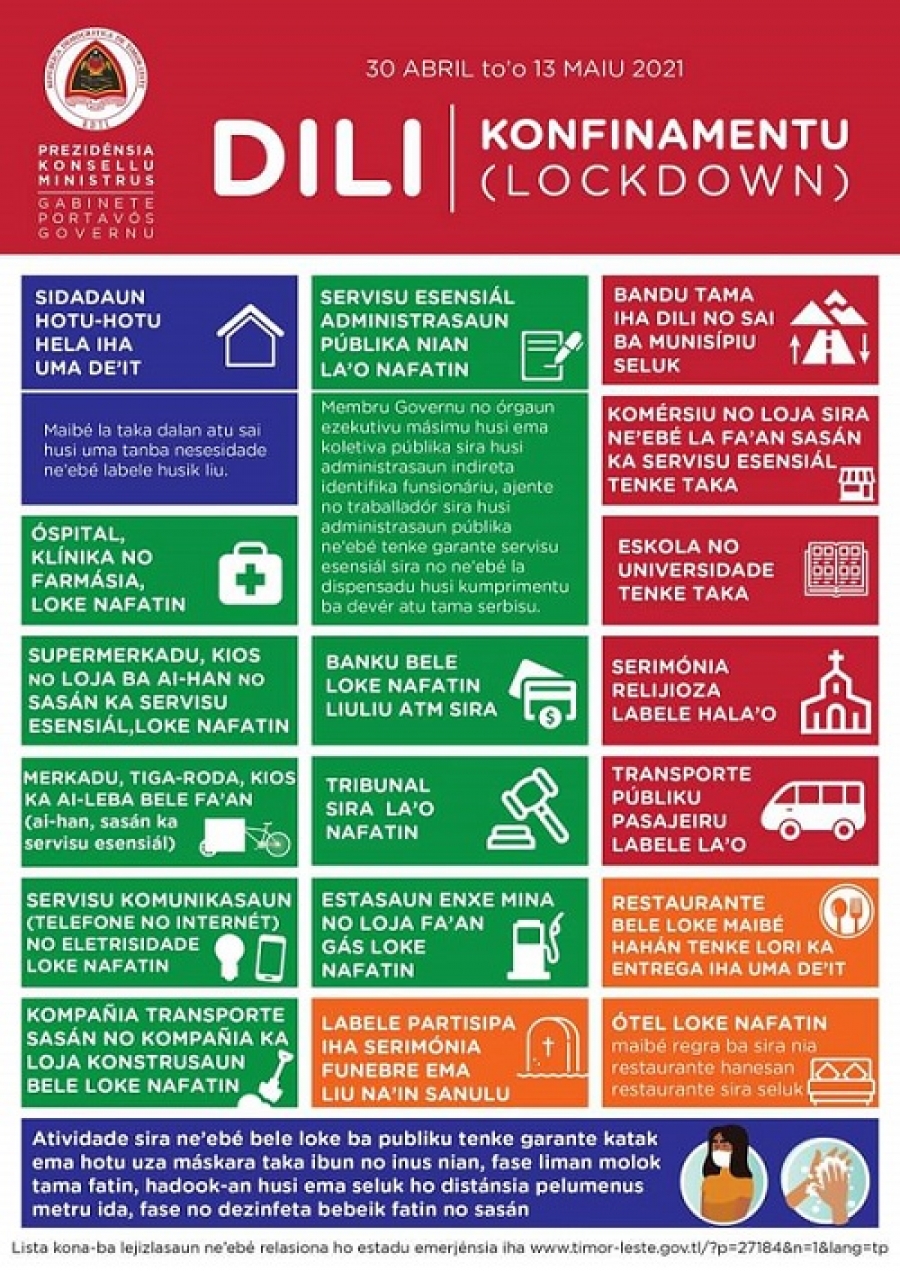 DILI: Timor-Leste on Thursday re-imposed mandatory confinement in Dili for two more weeks to May 13 as it battles a spike in coronavirus infections with a pick-up in community transmission.

The measure means people are advised to stay home and limit movement outside the house to access basic necessities.

The move came a day after Timor-Leste recorded a further 76 new cases, bringing the total number of active infections to 1014.

Timor-Leste remains in a state of emergency, where it has been since March 2020, with a further four week extension to June 1 approved by National Parliament on Wednesday.

The state of emergency includes restrictive measures in a bid to control the outbreak, including limits on public gatherings and movement within and between municipalities to essential travel.

Health fences restricting people’s movement in and out of municipalities remain in COVID-19 hotspots. This includes Dili, Baucau, Viquequeque, Ainaro, Covalima and Ermera with new ones agreed by National Parliament on Thursday for Liquiçá, Lautem and Manufahi until May 16.

Read 112 times
Rate this item
(0 votes)
More in this category: « Horta Urges Government to Include Xanana and the Church in COVID-19 Prevention Work Tuberculosis Cases in Timor-Leste Spike, 5 Dead, Bairo Pitte Clinic »
back to top