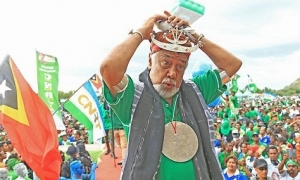 DILI: Timor-Leste’s political powerhouse, the National Congress for Timorese Reconstruction (CNRT), returned to parliament on Tuesday ending their refusal participate in debates under the new Speaker of the House. 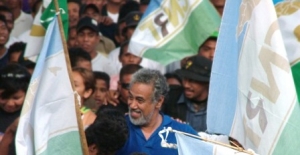 DILI: The Chairman of the National Congress for Timorese Reconstruction (CNRT), Duarte Nunes, has said that the party will finalise its government cabinet nominations at an extraordinary meeting in July. 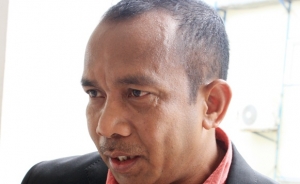 DILI: Growing numbers of people are putting their health at risk by buying pharmaceutical drugs through Chinese traders with Mandarin language instructions they cannot understand, Aderito Hugo Da Costa, a member of the Congress for Timorese Reconstruction (CNRT) party has said.

Da Costa raised the concern about the trend, which he said had accelerated in the last year with the increase in Chinese-owned pharmacies in Dili.

Da Costa labelled the practice “dangerous” warning that pharmacies must ensure they can sell pharmaceutical drugs that have understandable use instruction before a pharmacy business licence is approved.

"We see that there are many pharmacies established by Chinese people even though they don't know Tetum, Indonesian or Portuguese, but we give them business licenses to sell their drugs,” said Aderito

Across the capital city he said, Chinese people were operating pharmacies “like kiosks” selling medication without warnings or instruction for use.

He said the Ministry of Health must pay attention to the import of medication into Timor-Leste.

Bonifasio do Reis Maukoli, the Deputy Minister of Health, denied the Ministry had issued pharmacy licenses to Chinese traders to sell pharmaceutical drugs in Dili.

He said the Ministry would investigate the allegation and would close any pharmacy found selling medication without a business permit.