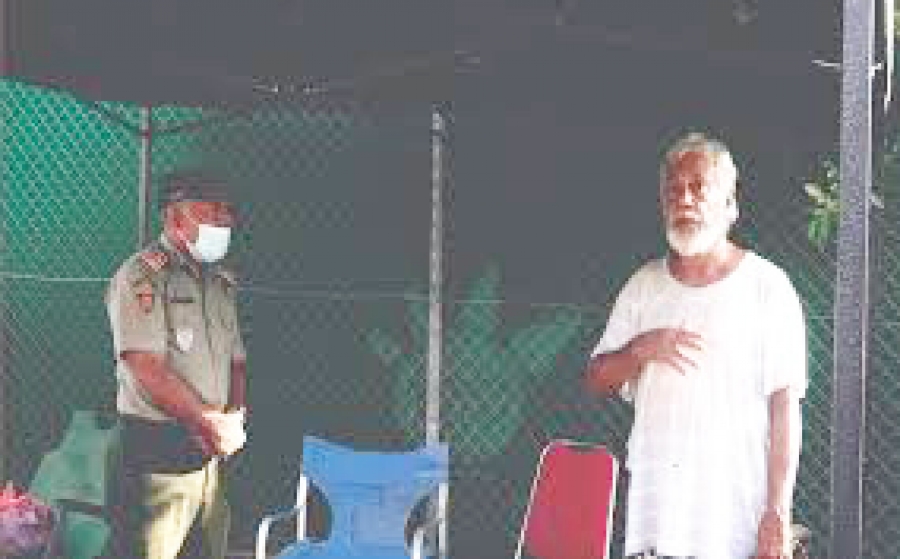 DILI:Major General Lere Anan Timur said on Monday he would run in Timor-Leste’s Presidential election in 2022 if he gets the backing of independence leader and former President Xanana Gusmao and comrades.

Asked if he would put himself up as a Presidential candidate in the 2022 contest, Timur said “so far I have not declared my candidacy.”

“I am still listening to my brothers who I was together with in the jungle fighting for our independence….we still consult with each other when we make decisions…especially our brother Xanana,” Lere, the Major General of Timor-Leste Defence Force told reporters.

Lere, 69, was first appointed as the head of the Timor-Leste Defence Force in 2011. His term has been extended three times since 2015.
Many Timorese follow Xanana’s backing when they vote. Xanana supported successful candidates Jose Ramos Horta in 2007, Taur Matan Ruak in 2012 and Francisco ‘Lu Olo’ Guterres in 2017.

So far two people have confirmed they will run for Presidential election in 2022; Armanda Berta dos Santos, the President of KHUNTO party and Virgilio da Silva Gutters the President of Timor-Leste Media Council.