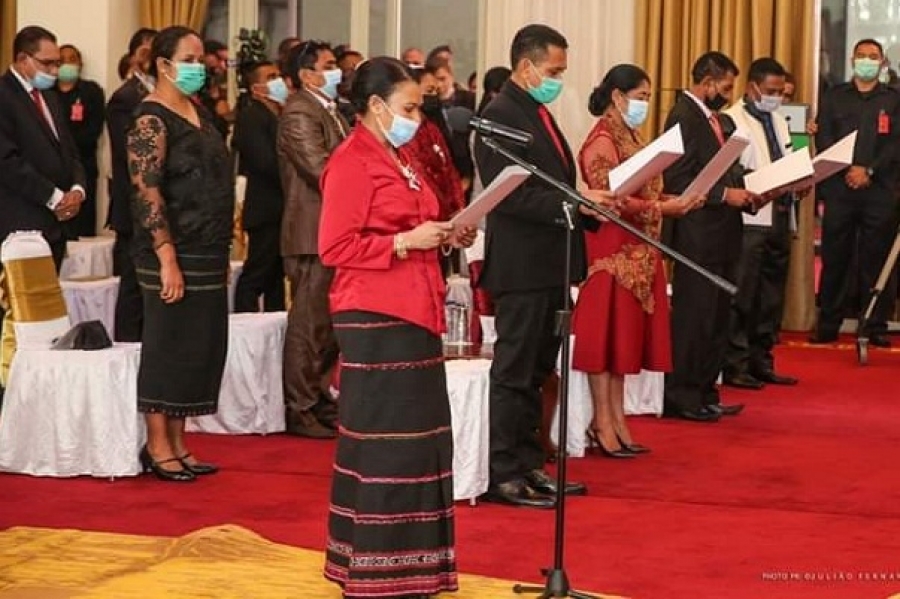 DILI: President of the Republic Francisco Guterres Lu-Olo has sworn in eight new members of government on Friday, in a ceremony at the Presidential Palace.

Khunto member, Amanda Berta do Santos, was sworn in as Deputy Prime Minister. Santos will complete the role in addition to her current job as Minister for Social Solidarity and Inclusion.

Fidelis Magalhães, of the People’s Liberation Party (PLP), also a current member of government, was inaugurated as President of the Council of Ministers.

Democratic Party member, Júlio Metamalic,  was sworn in as Minister for National Liberation Combatants, or Veterans’ Affairs, and Pedro Reis as Minister of Agriculture and Fisheries.

The new cabinet follows a major change in party alliance within parliament, with the the National Congress for Timorese Reconstruction opting to move to opposition on Monday.

The move paved the way for a new governing bloc of PLP, KHUNTO and Fretilin.

The cabinet restructure is not complete, with key ministers vacated by CNRT member – such as Minister for Foreign Affairs, formerly held by Dionísio Babo Soares -  yet to be filled.