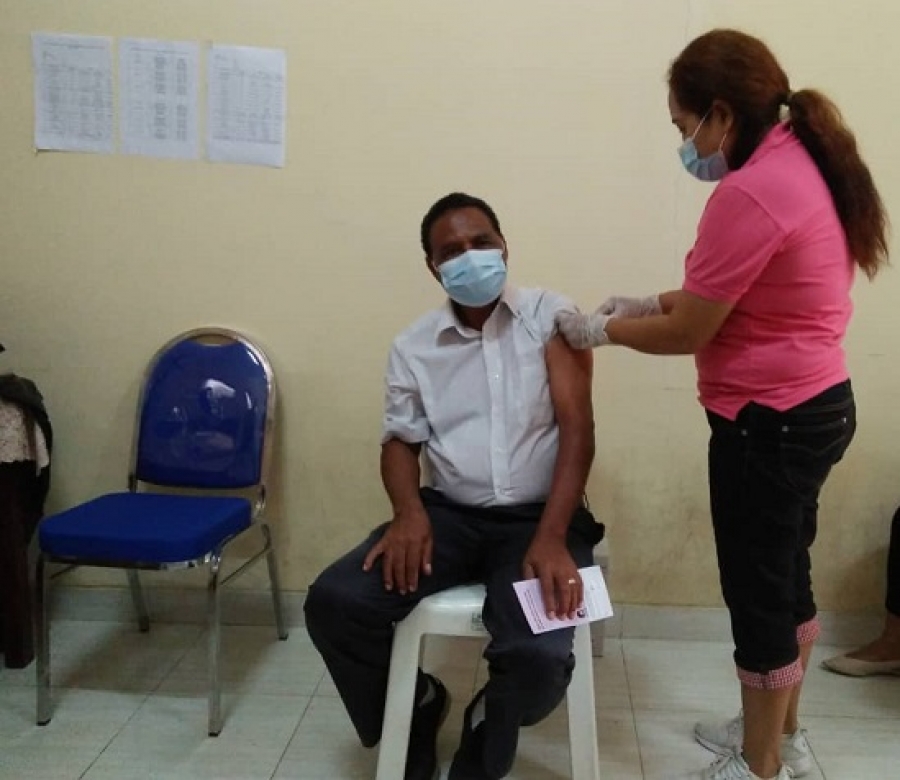 No Vaccine, No Travel: Timor-Leste Parliament Gets Tough on COVID anti-vaxxer Members Featured

DILI: National Parliament has told its members that they will not be allowed to work in the field if they refuse to get a COVID-19 vaccination without legitimate health reasons,

An announcement by National Parliament President Aniceto Longinhos Guterres Lopes, said getting vaccinated was “the responsible choice” because of the risk of harming other people.

Timor-Leste has authorised freedom of movement between municipalities for fully vaccinated people, which includes the double vaccine and 14 day wait for vaccine efficacy.

Government officials who refuse to get a vaccination without sufficient reason will not have special treatment and will be denied travel rights, Lopes said in Parliament on Monday.

“If you are not protecting yourself then you will bring the virus of COVID-19 to other people,” said Lopes.

“We are the representative of people who have a responsibility to protect people,” he said.

Timor-Leste Prime Minister Taur Matan Ruak is a big supporter of the vaccine to stem the spread of coronavirus and this week once again called on citizens to “not doubt the safety of the vaccine.”

“I was the first person to be vaccinated and I have not died so what are people still afraid of?” Ruak told reporters on Monday.

Timor-Leste has a national vaccination goal to immunise the entire population over the age of 18 by the end of the year.

Odete Maria Freitas Belo, the Minister of Health, said during a speech earlier this month that “during the month of June or July, the target of 20 percent of the population with at least one dose of the vaccine should be reached.”

As of 8 June, 93,525 people nationwide had received the first dose of the COVID-19 vaccine, representing 12% of the population over 18 years old, according to official data.