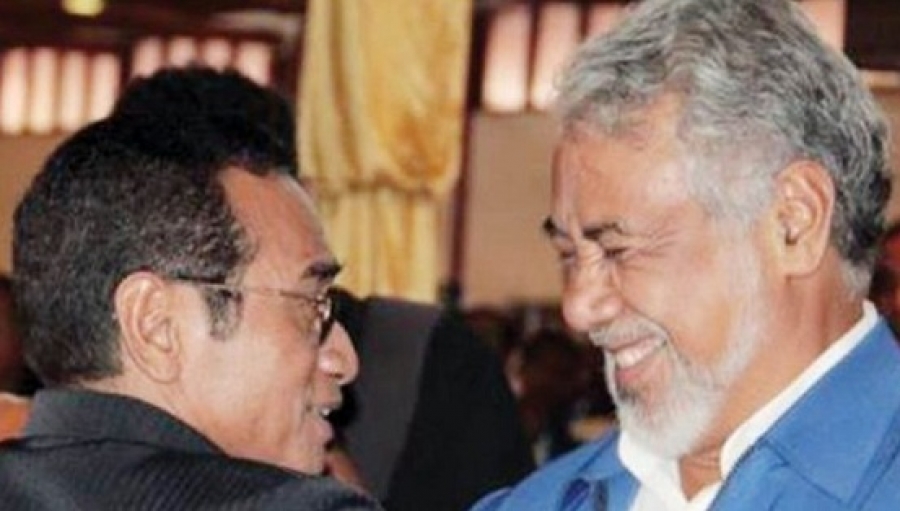 DILI:Timor-Leste’s President of the Republic has wasted no time warning the likely new Prime Minister, Xanana Gusmão, to be careful about the “moral standing” of his ministerial appointments or risk hurting the whole country.

Following a dramatic 72 hours in politics that saw the widely anticipated announcement of a new parliamentary majority in Timor-Leste led by Gusmão, President Francisco Lú Olo Guterres said Tuesday that Gusmão should “think twice” before nominating previously-rejected candidates for his ministry.

Lú-Olo, from the opposition FRETILIN party, sparked a row with Gusmão in 2018 when he refused to swear in nine of his ministerial nominees because of “poor moral standing”.

Lú-Olo’s refusal led to an impasse in the national parliament, which resulted in the collapse of the governing AMP Alliance a coalition of Gusmão’s CNRT, Prime Minister Taur Matan Ruak’s PLP and KHUNTO.

Political commentators echoed these concerns, saying that the appointment of ministers to the new government was critical to resolving the countries on-going political uncertainty.

“If no compromise is possible between the president and new prime minister, then key aspects of the present standoff are unlikely to change,” Michael Leech, political commentator from the University of Swinburne said in a note on Tuesday.

On Saturday, Gusmão, a former Prime Minister and current leader of CNRT,  presented a new coalition of parties and nominated a list of purported ministers, promising to break the political deadlock and pass a stalled budget that his CNRT party voted down.

The new governing alliance includes representatives of six parties, the largest of which ­ is  CNRT, that ­ holds twenty-one seats. Other parities include the Democratic Party (five seats), KHUNTO (five) and three smaller parties, the United Party for Development and Democracy, Frente Mudanca and the Timorese Democratic Union.

Saturday’s announcement brings a “period of political uncertainty to an end, at least for now,”  according to Leach.

The new parliamentary alliance is expected to put itself forward to Lú Olo later this week.

“He is not bound to approve it as the new government, and could instead opt for a new election,” Leach said.

“But the clear majority the new alliance brings, and the president’s previously stated view that another early election would be a last resort, make it likely he will do so ­ provided no cracks emerge in the six-party agreement.”

A formal end to the current government is required before any new governing alliance can take place.

Rather than simply resigning as prime minister, Leach said, “it’s possible that Ruak might force a confidence vote on the floor of parliament, which would certainly symbolise a deep breakdown between former allies.”

Assuming it is installed by Lú Olo, the alliance will become the country’s ninth government since the restoration of independence in May 2002.

Read 853 times
Rate this item
(0 votes)
More in this category: « Horta Says Gusmão Should Become Next Prime Minister Xanana Set To Meet With President Guterres »
back to top