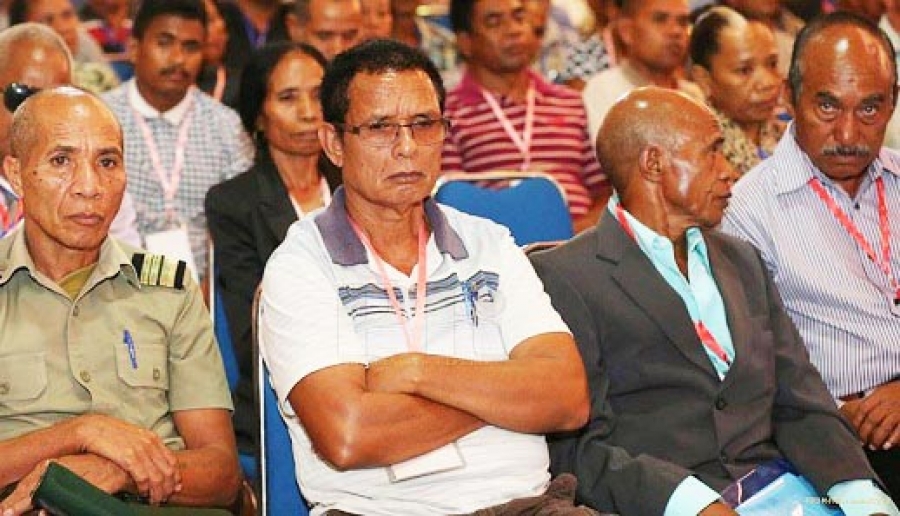 DILI:Veteran Affairs Secretary Gil da Silva Oan Souro said on Tuesday the government had agreed it would cut pensions to veterans of the independence struggle by about 30 percent and redirect funds to a children of veterans support program.

Oan Souro said the move was taken to protect children of veterans who were not seeing money flow down to them and was in line with requests from veterans living across the country.

“The government wants to cut their salaries because when they receive salaries all of them do not save their money,” Oan Souru told National Parliament. “This affects the future generation.”

Oan Souru said veterans requested the change during consultation meetings dating back to 2018 when they also “gave trust” to State Secretary of Veteran Affairs to carry out the task.

He said such a move would only take place “in the interests of all veterans of Timor-Leste.”

Over the past few years, veterans’ pension amounts and the number of beneficiaries have risen steadily. Between 2008 and 2012, 37,707 people received some form of veterans’ pension or payment — totalling $US199 million, according to figures by Australian National University research.

Pensions range from between US$276 and US$575 per month for veterans who participated in the resistance for at least eight years or who ‘are incapable of work due to physical or mental disabilities resulting from their participation’, and US$230 and US$287.50 per month for surviving family members.

Soru did not comment on when the pension change would come into effect.