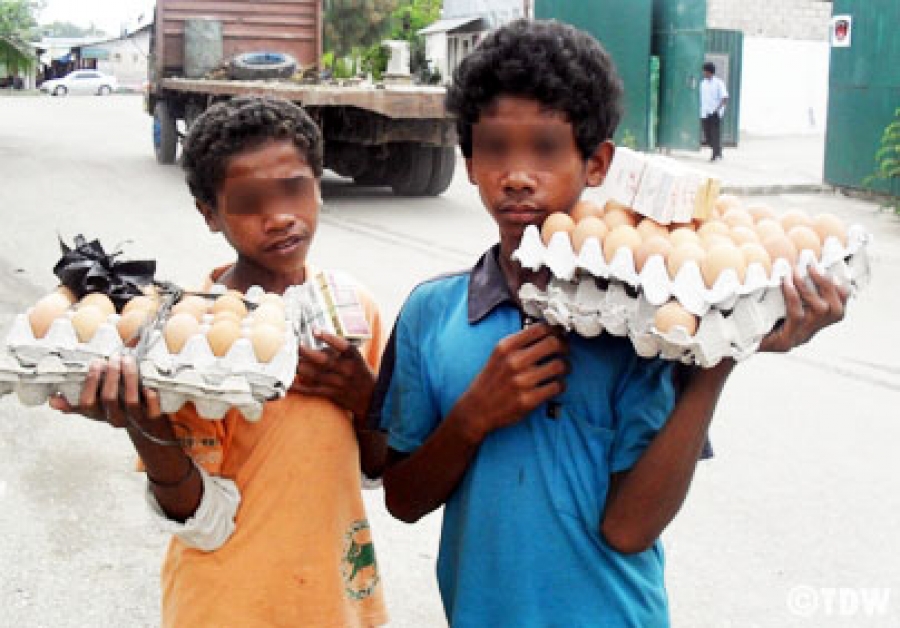 Young children working on the streets of Dili.

DILI:Young children working on the streets of Dili may be at risk of contracting tuberculosis (TB) because of the poor conditions they live in, after a 14 year-old boy selling eggs was found severely ill in Dili, the Child’s Rights Commission said on Monday.

With vulnerable families in the districts increasingly sending young children to Dili in search of livelihood, an investigation led by the Child’s Rights Commission documented 300 cases of underage children working the Dili streets in recent months.

The commission also found a 14-year old boy infected with TB, after a citizen took him to a Health Centre in Comoro to receive treatment where he was reported to them.

Timor-Leste has one of the highest TB burdens in the South East Asia region, with the highly infectious disease killing 100 per 100,000 people in the country, according to the World Health Organisation.

This is in spite of TB services being available for nearly two decades.

Health officials say TB is predominantly impacts adults, with malnutrition and smoking amongst the top two known drivers of the disease in Timor-Leste.

Suzi Sarmento from the Child Rights Commission told reporters the commission is working to relocate street children with family, and support them attend school.

Under Timor-Leste law the legal minimum work age is 15 years.