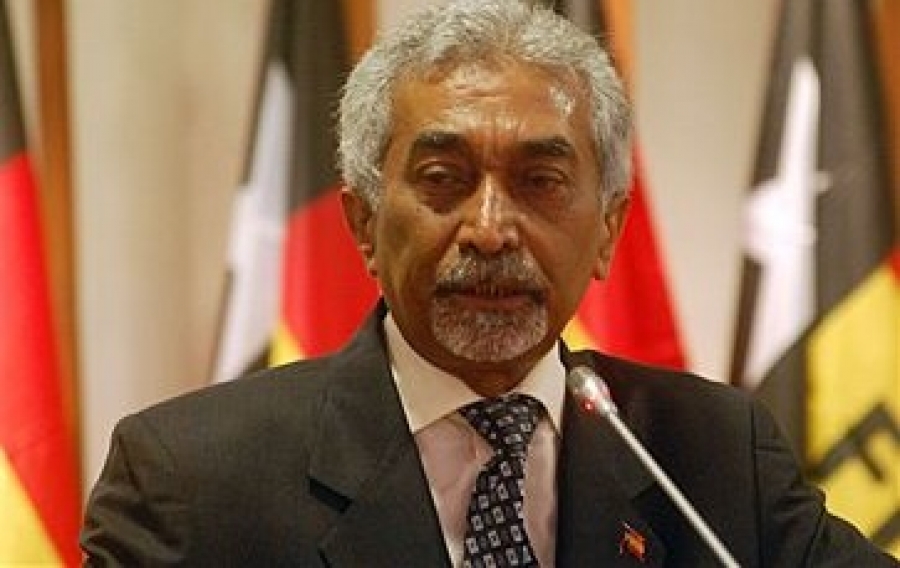 Alkatiri Sworn in as New Prime Minister of Timor-Leste Featured

DILI – The seventh government of Timor-Leste was sworn in on Friday, led by a returning Prime Minister who commentators say is under pressure to lead economic diversification within the country away from its reliance on oil and gas.

Almost two months since the July 22 parliamentary election, Mari Alkatri, the Secretary General of the Fretilin party was sworn in as Prime Minister along with 11 members of his 30-person coalition administration at a ceremony at Presidential Palace in Lahane, Dili.

Alkatiri was Timor-Leste’s first Prime Minister after independence from Indonesia in 2002.

The 30 seats represent 23 from Fretilin party and seven representatives from the Democratic Party, meaning the new government will operate as a minority after failing to secure the needed 33 seats to form majority in 65-seat parliament.

As recently as Wednesday a majority coalition government was expected until the five ministers from the youth party Khunto withdrew at last minute, failing to show up at the signing ceremony according to the Interpreter.

It is understood Khunto made demands for ministries the Fretilin party could not meet.

In his opening speech to hundreds of party faithful, Alkatiri promised to improve public services and maintain good ties with neighbours Australia and Indonesia.

"I will create a better economy, education and health in Timor-Leste," said the 67-year old.

"To avoid the resource curse it will have to diversify the economy, especially to provide jobs for the enormous number of young people it has," he told AFP.

Several familiar faces will return to cabinet, including former president Jose Ramos-Horta, who will be a Minister of State with an additional role as advisor on national security and former Prime Minister Rui Maria de Araujo, as Minister of Health.

Among the new faces in the Ministry is the former rector of the National University Aurelio Guterres as the Foreign Minister.

The Prime Minister also assumes the lead of the Ministry for Development and Institutional Reform.

So far it appears senior PD Ministers will take lead roles in the presidency of the Council of Ministers and in Commerce and Industry.

The new Fretilin-led minority government marks a change from the previous government that was based on an informal power-sharing agreement between the two largest parties Fretilin and National Congress for Timorese Reconstruction (CNRT).

It also marks an end to a decade long CNRT-led government, directed by the CNRT head Xanana Gusmão.

After narrowly losing the July election, CNRT has said its 22 MPs would serve in opposition, though it would support the government on key votes such as the budget.

Read 2194 times
Rate this item
(0 votes)
More in this category: « Mari Alkatiri To Be Next Prime Minister of Timor-Leste 18 Members of New Government Inaugurated Next Week »
back to top